The Sydney is back LIVE

Artistic Director Piers Lane talks about past and present

WFIMC: You were a winner at the inaugural Sydney International Piano Competition (The Sydney) in 1977. What was the competition like back then? Do you have any special memories you would like to share?

Piers Lane: I was the youngest competitor in 1977 and won the prize for the Best Australian Pianist. I had been in an international competition the year before, the Liszt-Bartok in Budapest, but the first Sydney International Piano Competition was a major new event in the Australian calendar and even more demanding. Firstly, there were live competitions to determine the six Australian competitors to be accepted among the 40 competitors. Then two preliminary recitals, a semi-final consisting of a larger recital, a piano quintet and preparation of a dozen lieder - the lone singer had to undergo two rehearsals with each of the thirteen semi-finalists, then perform six songs with each of them across a short period. She must have spent most of the time 'marking' in order for her voice to survive!

Then the six finalists played two concertos: Mozart and something more recent. A gala concert in the Sydney Town Hall topped it all off. I remember playing God Save the Queen, the then the Australian anthem, to start proceedings. I was also asked to present a television program about the competition, writing my own little script. Funny that, looking back, I have since written and presented numerous BBC radio programs!

There was a fantastically large and renowned jury that first year and the whole venture took Australia by storm. The winner Irina Plotnikova, now a hugely respected professor at the Tchaikovsky Conservatory in Moscow, became an instant legend. Her win certainly inspired me: when she played Ravel's Ondine, she WAS Ondine, her Prokofiev Toccata was thrilling! I suspect I remember everything she played to this day. Competitions can be seminal in young pianists' lives. I'm still in touch with at least half a dozen of the competitors from 1977 to this day. 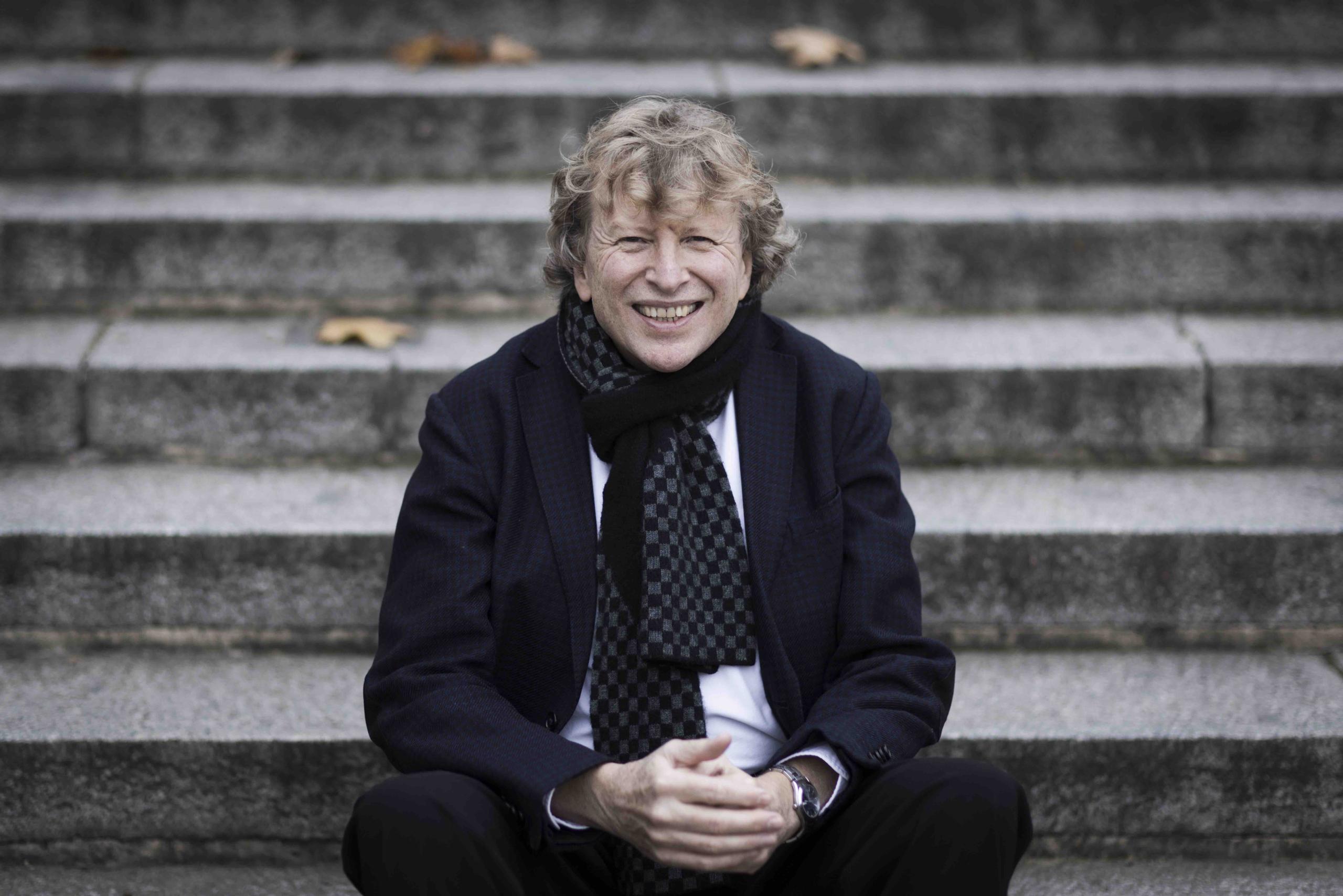 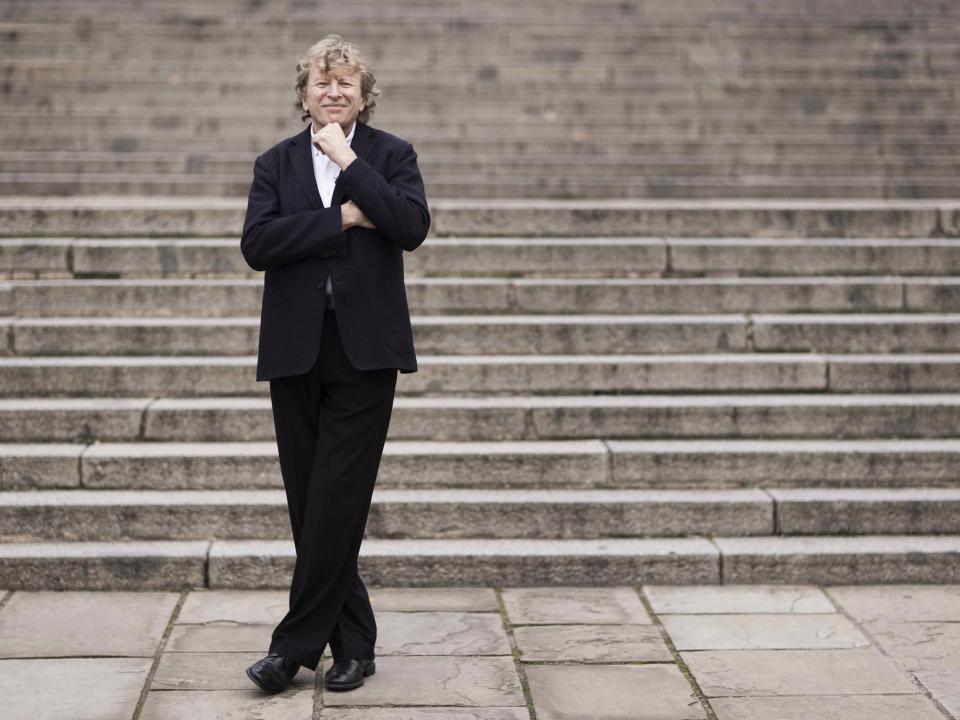 WFIMC: Your predecessor as Artistic Director of The Sydney was Warren Thomson, a name not familiar for many non-Australians. Can you tell us a little about him, and your relationship with him?

Piers Lane: The founding Artistic Director of The Sydney was Rez Hobcroft. He was Director of the Sydney Conservatorium of Music and a performer who played all of Beethoven's sonatas in public. Warren Thompson was a totally different sort of musician: a teacher, publications editor and administrator. He must have been quite a diplomat too, because he dealt for decades with the rather theatrical founder of the competition, the redoubtable Claire Dan, a Hungarian cabaret performer who settled in Australia in the '50s with her first husband Peter Abeles, later the wealthy Sir Peter.

She held the purse strings and between them they kept things going until Thompson succumbed to old age problems and I was appointed in 2015. Remarkably, Warren Thompson died the day the interviews for my job started! I never knew him well, but got to know more about him when he asked me to give the Opening Recital and to be a judge for the 2004 Competition.

WFIMC: What is special about The Sydney?

Piers Lane: The competition has been running quadrennially for 45 years. It's regarded as being amongst the top six in the world, both for its musical demands and these days for its probity and supportive conditions for competitors. It accepts 32 competitors and they are flown to Australia at the competition's expense. We aim to help as many competitors as possible after the event, not just the overall winner. Of course the 2020 competition eventually morphed into an online event and interrupted previous plans.

WFIMC: How has it changed through the pandemic? Are there positive aspects and developments that you think will stay after Covid and help the competition?

Piers Lane: When it became obvious that the 2020 competition could not take place then or even in 2021, we opted to run an online competition instead. It seemed too awful to drop all the successful applicants from the 2019 submissions, we wanted to help them in extenuating circumstances. I completely altered the demands of the event. Obviously we couldn't have any chamber music or concertos: it became an online recital prize instead. All of the competitors were required to submit three videos by certain dates, all own choice programs including one Australian work of any length or period. The competitors were given financial help to organise pianos, halls and recording/filming producers in their own countries. All recordings were watched by representatives of The Sydney, including me, via zoom, so that no 'cheating' could take place - we saw the recitals played from beginning to end, then continued to watch while the producers uploaded audio and at least one camera file to The Sydney’s dropbox. 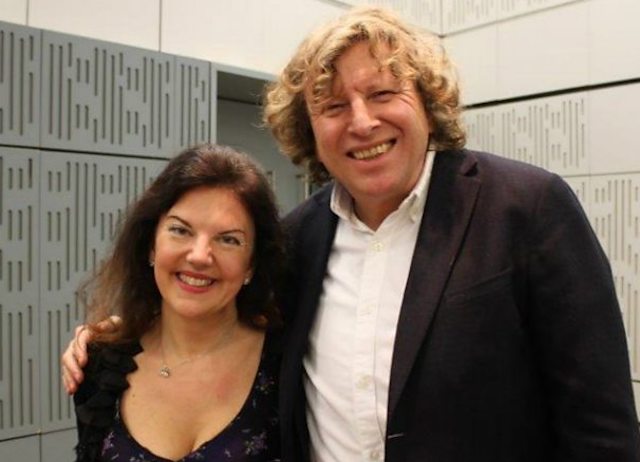 The competitors were not told which of them had reached the semi-final or the final until the streaming of the whole competition took place. The only people who knew results before the streaming were the seven jurors and three of us from the competition administration. I added new demands aside from the playing to make things more interesting for the viewers. The competitors had to verbally introduce their programs. All did so in English, though they were welcome to speak in their native languages if they subsequently provided translations. They had to include encores in two of their programs. Their semi-final program had to be based on an approved theme of their own choice. I interviewed all of them (and the jurors) on camera, so that viewers could get to know them better, when stage presence was not such a factor.

They all rose to the occasion with these new demands and extra prizes were given to reward the most successful. Those elements will remain for the 2023 live competition - verbal introductions, encores, interviews and so on will all be expected. I want the competition to reflect new expectations in the profession - eg in most countries now, audiences like performers to introduce what they're presenting.

WFIMC: A big part of the competition are the winner´s engagements in Australia - concerts not only in the major cities but also in smaller towns all over the country, and wonderful experiences for the young pianists. Is it difficult to arrange for those concerts? Are they successful? What kind of audiences do you have in the countryside?

Piers Lane: This continues a long tradition of the competition, though today's winners get far better paid for their efforts and do an extraordinary number of concerts, some of them in places I've never played in myself. I know our 2016 winner, Andrey Gugnin, had a ball exploring far flung towns and meeting people from all walks of life in city and country and getting to see unimagined wildlife and scenery. But the second, third, fourth and fifth prize winners from 2016 all toured in Australia and gave masterclasses. The audiences can be very varied, demanding flexibility on the performers' part. The demanding Melbourne audience will be very different from that in a small country place where not many piano recitals ever take place. The smaller places often provide heartwarming welcomes and experiences.

The 2021 Online winner, Alexander Gadjiev, will give two dozen recitals in October and November this year. He will include a new Australian composition in his programs, Colin Spiers' ' Eine Kleine Nachtmusik', the winning piece of another initiative The Sydney started during covid times ‘Composing the Future’ - a competition which invited Australian composers to submit new piano works for consideration by a panel of five top Australian pianists. The winner received $20,000 and premieres by the winner of the 2021 Competition. Another five compositions were financially rewarded and will receive premieres from the five pianist/judges during this year. We received 94 applications: amazing to have 94 new Australian piano works! Some of them will be included by competitors in next year's live competition.

WFIMC: What are your plans for the coming editions?

Piers Lane: The Sydney is becoming triennial. Our next live competition will be 5-22 July 2023 and the following one in 2026. I started a local amateur online competition - The Sydney Piano Lovers' Competition in 2020. It was held again this year and the winner, a retired pilot, will play live before one of the sessions of the professional competition next year.

I would love for the amateur competition to grow into an international live event sometime soon. It would be great if we can grow the piano composition competition too: time will tell!

Meanwhile I hope to increase the international stature of The Sydney still further and shall always aim to make its demands and rewards as realistic as those of a concert pianist's career.