In 1989, at the age of 19, Ian Fountain became the youngest winner of the Arthur Rubinstein Piano Master Competition. Since then he has performed extensively throughout Europe, the USA, the UK and the Far East, with orchestras such as the London Symphony and Sir Colin Davis, the Israel Philharmonic and Zubin Mehta and the Czech Philharmonic and Jiri Belohlavek. As recitalist, he has performed in major centers such as New York, Chicago, Paris, Berlin, Madrid and Jerusalem.
He is a regular guest of international festivals, including Prague Spring, Berlin, Schleswig-Holstein, Enescu and Kuhmo. As an avid chamber musician, he enjoys long-standing collaborations with David Geringas, Ulf Hoelscher, and the Mandelring and Emperor Quartets, appearing throughout Europe, Japan and Korea. He has recently also embarked on performances as conductor, in particular directing from the keyboard. Since 2001, he has been a piano professor at the Royal Academy of Music, London.

WFIMC: What brought you to Dortmund?

Ian Fountain: I was invited by my predecessor Arnulf von Arnim, a longtime friend and colleague, to be part of the jury there, about 3 competitions ago. I seem to enjoy being there…. (laughs) and when the time came and Arnulf retired, I was asked to take over…  For so many musicians, Schubert is among their favourite composers. You know this terrible question „who is your favourite composer?“ and, more and more musicians seem to answer with Schubert. I don´t know if there is a reason for that… 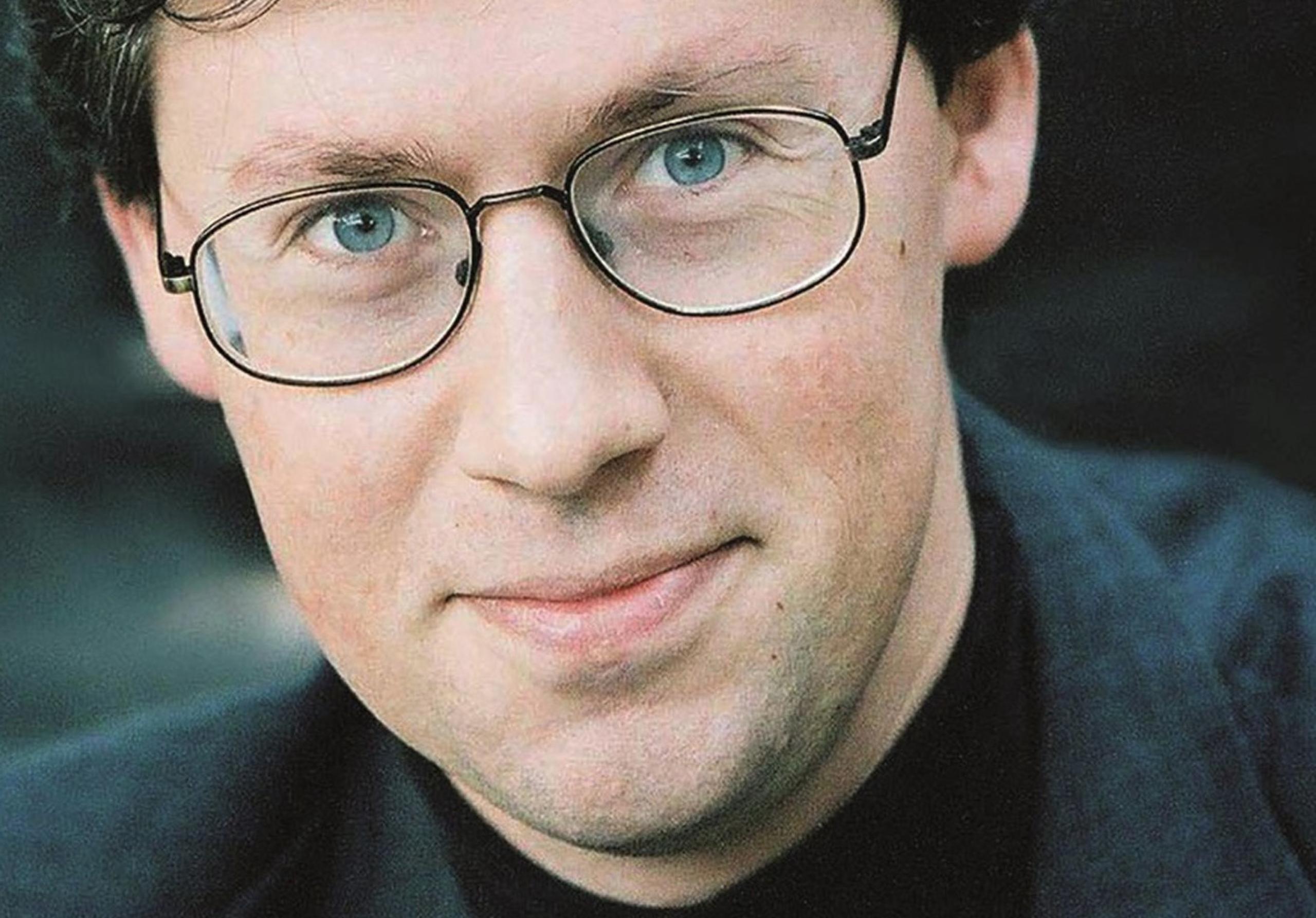 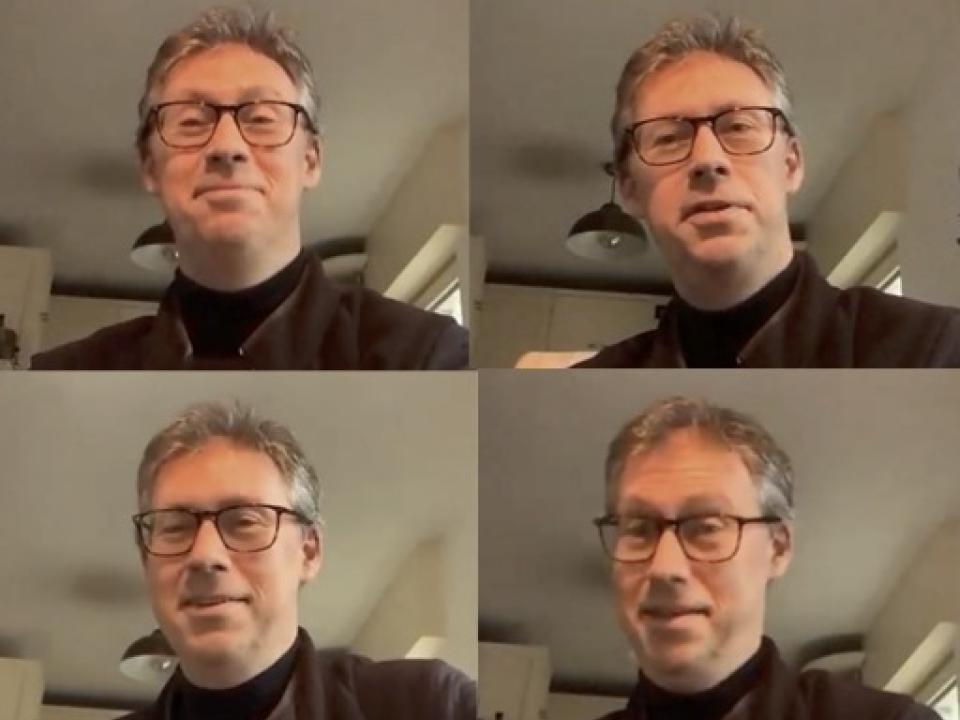 In Dortmund, you can also find a Schubert-Choir and a Schubert Elementary School, but it is not quite clear why. Can you tell us a specific reason why the competition is called „Schubert-Competition“?

The competition was started with the particular intention of creating an event where people could really focus on Schuberts music, much like the Chopin Competition. In Warsaw of course, things are even more strict and there is not even one note being played by another composer. With Schubert, we only have the problem of there being no concerto… unless we play the Liszt transcription of the Wanderer-fantasy, we don´t really have any possibility, so we have Beethoven Concertos in the last round. We also have a couple of (Non-Schubert) studies in the first round, to check if people have the right pianistic „chops", as we say.

You also have a „Schubert Festival“ every other year, when there is no competition. There was a mention of „industrial culture“ being brought together with Classical music, and especially with Franz Schubert….

We have very good supporters from the former mining industry. And we do these concerts in the „Kokerei“, a very historic museum and quite an amazing place. You can still smell the 100 years of history and industry when you walk in there. So, to answer your question- it is a little bit connected with the sponsorship.

Schubert was not a miner, so there is no direct connection (laughs). It is more a connection to the area of the „Ruhrgebiet“ (area along the river Ruhr) and to Dortmund, where the competition has become part of the history of the region. A nice connection for involving the local industry and tourism.

Back to the Competition- can you tell us a bit about your plans?

We will see. I want to keep all the good things! I would like us to become a little bit more known, particularly with the opportunities for our prize winners. We need to build up connections with the important music societies and festivals in Germany and beyond. This is an important thing we need to try to improve. With the growing number of competitions, there is a risk of them becoming almost an end in themselves…. you win the first prize, and thats somehow the end of the story. And the next week you go on to the next competition…there is a limit to how much concert organisers are going to be thrilled by the prospect of another first prize winner. If you run a festival or concert series its really no longer something particularly exciting or novel to have a first prize winner….

But you have a Festival alternating with competitions, so that creates a lot of performance opportunities as well, right?

Yes, for sure, we invite the winners- not just the first prize winners, but also second and third,  they will come to the festival in the middle of next year. There will be recitals, chamber music, and a piano four-hands program with the second and third prize winners together, which is also quite an important thing for Schubert. Then there is a CD recording, which is really important and useful for a young pianist. But in the end, its up to the pianists themselves… they have to have something which stands above all the other first prize winners, who are all fighting to keep their head above the water…

Are you planning on changing things due to some recent developments caused by the pandemic? Will you do more online programs, or change other things?

I cannot say at the moment- it´s too far in the future. We alternate with the Lied Duo Competition, which will be in two years and won´t be my responsibility. In 2025, maybe the world will have recovered...

To me, the online world is very complicated, partly because the impression is so different on a computer to what you hear in the hall. I´ve had the experience of being online, while some colleagues were present (in Prague this year- I could not travel there because of the restrictions). I was the only judge who was sitting at home, and when I talked to the others afterwards, I was amazed how different the impression of some players was. That´s not to say it´s not important- you can somehow make a good impression over streaming. But us performers we all know how to play in a big hall, how to project your sound, how to project your ideas into a large hall. Then there are others who probably sound better on a streaming thing. So who is to say they are in some way inferior? That may also be an important aspect.

But I do think, very much, just on a human level, we cannot live only through computers and through streaming. We must not get into the thought that we can take this as a substitute. It´s a lazyness and I think it´s really a bad path- we must take the effort to travel to a place, to meet in person. In my view it´s anti-human to do these things and we should stop as soon as we can.

You can reduce the number of players in the first, second rounds maybe, but personally I prefer the idea that everyone gets to play live, on a stage, with public. Whatever our reaction might be to a stream or a recording made in a studio- they have to turn up and perform live. In the end, they are performers! My instinct is that we should try to keep this as much as possible.

What do competitions mean to you personally? You won the Rubinstein in 1989….

I was always quite lucky with competitions in those days. I think I didn´t always win the first prize, but I somehow always made it to the Final, at least… so I don´t have this terrible experience of being kicked out in the first round. It must be such a horrific feeling… but it happens to almost everyone at some stage… and we all know that the margins are very very small, very often. But while the eventual winner sometimes only just passes through the first round, the competitors have the feeling that things are very black and white- those who pass are without fault and those who don´t are without credit…It must feel like that.

Do you send your own students to competitions? Do you think they are important for their careers?

Well, they have to go, they really have to! Its very hard to avoid this. Talented young people, they have to go and play. I try to get them in the right spirit, as far as I conceive, which is just to think of it as your training and part of your musical life- which involves that you are going to play. Its very hard not to play in a competition. Competitions bring great exposure to the public, in a way much more than concerts do, at least beyond a very elite level of concerts. If you play with the Berlin Philharmonic, or in the Proms in London, you´ll be heard by a big audience, but if you go to play in the Kulturverein in „Kleinsville“ somewhere- okay, it´s great, but you are not really performing for a large public...  If you take part in a good competition, on the other hand, many people will hear you, several times in a row...

But in that sense, isn´t the streaming very important?

The streaming certainly is one of the benefits that will stay: events take place properly live, but they are also being streamed on youtube. I think this is going to be here to stay.

I can even take the example of my elderly parents. When I go to the jury, they always watch the streaming. They get so involved! They love music, and they go to concerts, but I think they found another area that they can enjoy very much.

They tell you that you made the wrong decision?

Anything personal that connects you to Dortmund?

One wonderful memory I have from Dortmund is meeting Irvin Gage, who was the Artistic Director of the Lied Duo Competition. He sadly died about three years ago. He lived in Zurich, and just during a competition week I had the chance to meet him. He was such a fantastic character and interesting man. That´s actually one person that I´ll always connect with Dortmund. He was already very old and he was going for dialysis every morning at the hospital before the competition started, but he had such a great character of humor, he had such great insight, showed such an incredible love of Schubert. So he´s the kind of spiritual „patron“, who, for me at least, is still very much present in Dortmund.