New to WFIMC since last year, the Dutch Harp Festival in Utrecht, The Netherlands, recently held its 2022 World Harp Competition, presenting 25 competitors from 15 different countries. A fascinating artist, Juanjo Corbalán from Paraguay took the top prize, followed by Julie Roseth from Norway and Maria Sá Silva from Portugal. The jury was a fascinating mix of performers: chaired by the charismatic Israeli cellist Gavriel Lipkind, it included traditional classical harpists, period instrument performers as well as bandura, inanga and dulcimer players. 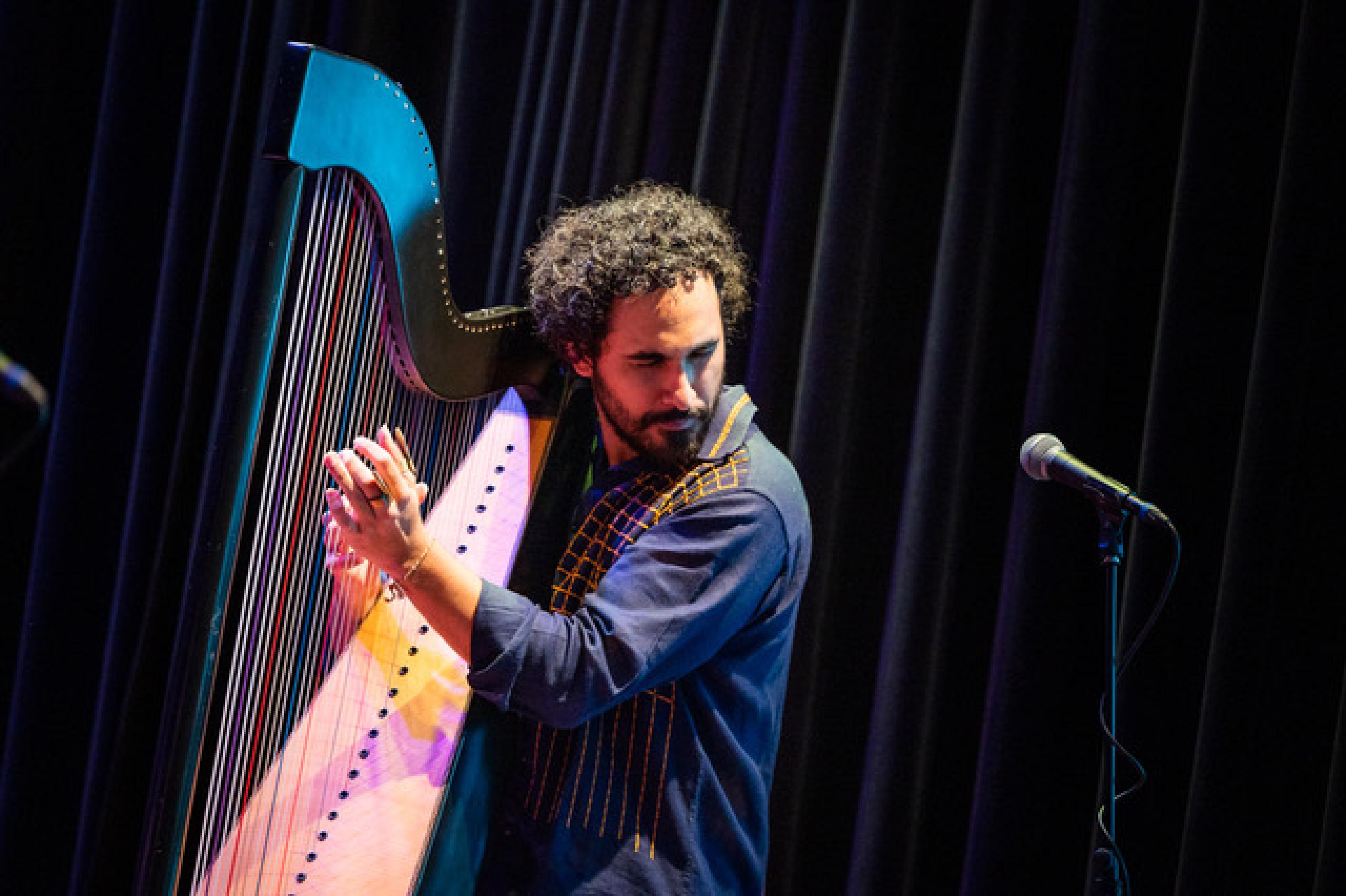 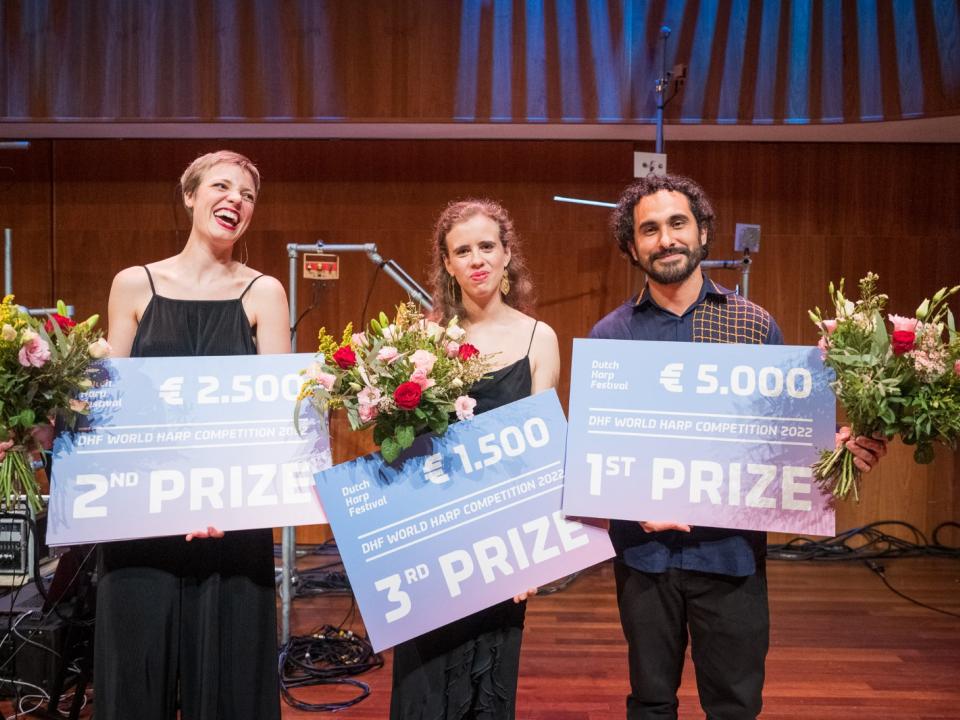 Winners of the 2022 World Harp Competition

Founded in 2010, the DHF World Harp Competition takes place every two years. Since its beginnings, the competition has evolved from its traditional classical format, to a new model more in line with what it really takes to succeed in today’s musical environment. The competition is open to all harpists: from classical concert harpists to Celtic lever harpists and electric jazz harpists

Over three rounds, candidates of the World Harp Competition compete to win the grand prize. The competition usually begins with a recorded Preliminary Round, followed by live Regional Rounds, and culminating in the Semifinals and Finals at the Dutch Harp Festival. During the Regional Rounds, the Scouting Jury normally travels from Utrecht to Hong Kong and New York to hear creative program pitches from the world’s most promising young harpists. This year, however, the regional rounds were held online, with only semifinal and final rounds held live in Utrecht.