Achille Fait was born in Rovereto, Italy. He began studying the horn at the age of 13.
In 2017, Achille Fait received a scholarship to the Brass Academy in Alicante with Nury Guarnaschelli. Further stages of his musical education followed with Vittorio Schiavone at the F.A. Bonporti Conservatory in Trento, Italy, until his graduation in 2019. He also attended various masterclasses with Froydis Ree Wekre, José Sogorb, Danilo Stagni, Sarah Willis, and Stephan Dohr, among others. Achille Fait has won various music competitions in Italy and abroad. He has often played as a solo hornist in various orchestras and chamber music groups, such as the "BBC Philharmonic Orchestra", in the "G. Mahler Youth Orchestra", the "European Union Youth Orchestra",
the "Orchestra del teatro Carlo Felice Genova", the "Orchestra G. Verdi Milano", in the "I Cameristi della Scala" and as third horn player with the "Orchestra Filarmonica del Teatro alla Scala Milano" and the "Filarmonica" in Milan.
Since he was 17 years old he has worked regularly at the "Teatro Alla Scala" in Milan. He has often performed on stage with the ensemble "I corni della Scala", the "Orchestra dei Cameristi Della Scala" and the "Orchestra Filarmonica del Teatro alla Scala" and has played in some of the most prestigious concert halls in Europe, such as the "Barbican Centre London", the "Philarmonie de Paris", the "Teatro alla Scala", the "Bartok National Concert Hall Budapest", the "Musikverein Vienna", the "Elbphilharmonie Hamburg" and the "Auditorio National de Madrid". He has performed under the direction of many maestros such as Riccardo Chailly, Peter Eötvos, Sir Jeffrey Tate, Franz Welser-Möst, Vladimir Jurowski, Daniele Gatti, and Daniel Harding and with many soloists such as Denis Matsuev, Lisa Batashvili, and Daniil Trifonov. 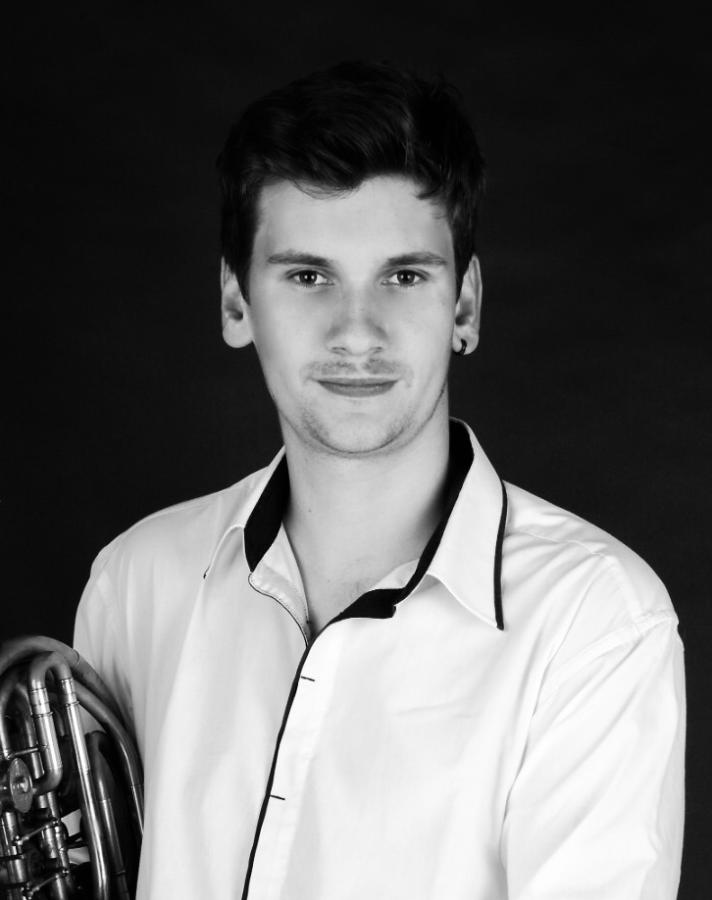