Violinist and composer Luke Hsu is hailed as “in a class by himself with total command of the instrument” by the Montréal Gazette. As a soloist and recitalist, Luke has appeared at Wigmore Hall, St. John’s Smith Square, Kennedy Center, Herkulessaal, and Teatro Carlo Felice, among many others. He has performed as soloist with numerous orchestras around the world, including the Orchestre National de la Belgique, Royal Chamber Orchestra of Wallonia, Teatro Carlo Felice Genova Orchestra, the Dallas, Indianapolis, Auckland and Odense symphony orchestras, Amadeus Chamber Orchestra of Polish Radio, Royal Academy of Music Chamber Orchestra, and the Tongyeong Festival Orchestra. He has worked with eminent conductors including Leonard Slatkin, Nikolaj Znaider, Hugh Wolff and Cristian Macelaru. His performance with the Victoria Symphony Orchestra was recorded and broadcasted on NPR’s Performance Today. He has performed for royalty around the world including Her Majesty Queen Mathilde of Belgium.

Luke has won prizes at many of the most prestigious violin competitions in the world including the Bronze Medal at the International Violin Competition of Indianapolis, the Paganini, Wieniawski, Isang Yun, Nielsen, and Queen Elisabeth competitions. As a chamber musician, he has collaborated with luminaries such as Itamar Golan, Cho-Liang Lin, Gil Shaham, Marc-André Hamelin, Peter Frankl, Colin Carr, and musicians from the New York Philharmonic, Chicago Symphony Orchestra, and the Orchestre Symphonique de Montréal. He is currently Artistic Advisor for Music at the K&M Festival in Stavanger, Norway.

As a composer, Luke has written numerous chamber works including a duo written specifically for the Weilerstein Duo.

Luke started his violin studies in Houston with Fredell Lack and Emanuel Borok, and debuted with the Houston Symphony at age 16. He studied with Cho-Liang Lin at Rice University’s Shepherd School of Music, Donald Weilerstein at the New England Conservatory, and Rodney Friend at the Royal Academy of Music in London. Other teachers and close mentors include Pierre Amoyal, Vivian Hornik-Weilerstein, Kim Kashkashian and Lucy Chapman. 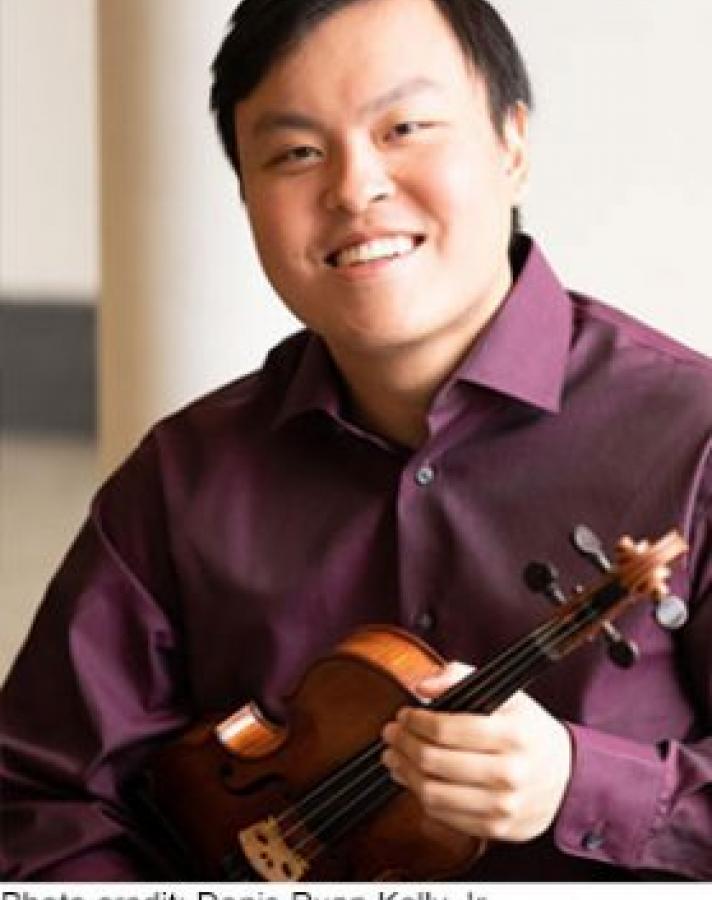