Taiwanese-American violinist Richard Lin is the Gold Medalist of the 10th Quadrennial International Violin Competition of Indianapolis, which took place in September of 2018.

Richard has collaborated with numerous orchestras and performed at celebrated concert venues throughout the world including the Tokyo Symphony, the NDR Radiophilharmonie; the Indianapolis, Shanghai and Singapore symphonies; Poznań, Nagoya, and Taiwan philharmonics; Hong Kong Sinfonietta, National Taiwan Symphony Orchestra, Munich Chamber Orchestra, Amadeus Polish Chamber Orchestra, and the Royal Chamber Orchestra of Wallonia, among others.

He released his first album on the Fontec label in 2013 featuring works for violin and orchestra by Beethoven, Bartók and Brahms, performed with the Sendai Philharmonic and conductor Pascal Verrot. The following year, he released the complete Brahms Sonatas for Piano and Violin with his brother, pianist Robert Lin.

Born in Phoenix, Arizona and raised in Taiwan, Richard began his violin studies at the age of four. He gave his public debut at age eleven performing the Saint-Saëns Violin Concerto No. 3 with the Taipei Symphony Orchestra. Richard graduated from the Curtis Institute of Music and The Juilliard School where he studied with Aaron Rosand and Lewis Kaplan respectively.  As part of his Indianapolis prize, Richard has the use of the 1683 “ex-Gingold” Stradivarius and a 2017 Zygmuntowicz for four years. 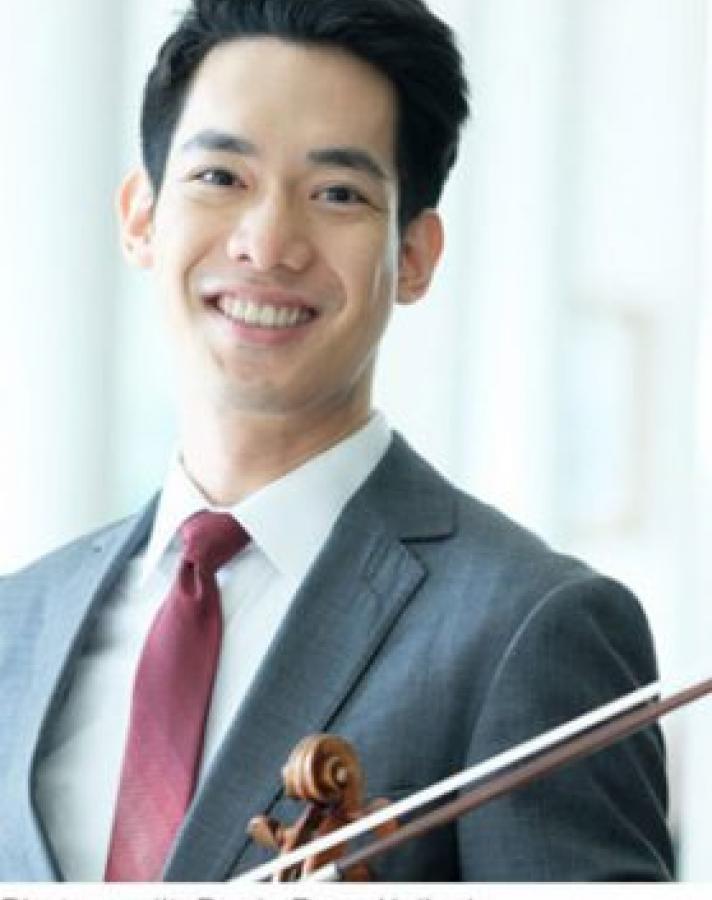