Sebastian Heindl, born in 1997, received his fundamental musical education as a chorister in St. Thomas Boys Choir Leipzig. There he got organ lessons with University Organist Daniel Beilschmidt and had many performances as accompanist of the Choir in office of Praefectus Organus (organ scholar). In 2013 he contributed as a youngster organist to the BBC TV documentary „Bach: A Passionate Life“ with Sir John Eliot Gardiner at the famous Trost organ in Schlosskirche Altenburg. At the age of 17 he recorded his debut CD at Magdeburg Cathedral including his own orchestral trancriptions. His playing on the recording was lauded by the press as „absolutely authentic, technically perfect, fiery, enthralling“ (Organ_Journal für die Orgel).
In his first year of church music studies at Leipzig Conservatory with Prof. Martin Schmeding he won the 2017 Northern Ireland International Organ Competition. In 2019 he won one of the largest International Prizes the Pierre S. du Pont First Prize in Longwood Gardens International Organ Competition as the youngest and first ever German competitor (plus Audience prize and AGO Philadelpia Chapter Prize). Further success in international Competitions includes Audience Prizes both in 2018 International Organ Week Nürnberg (ION) and 2019 St. Albans Organ Competition.
Across Germany Sebastian performed on many famous historical baroque organs such as Bach Church Arnstadt, Lübeck St. Jacobi, Freiberg Cathedral, Naumburg St. Wenzel. He toured Hungary (Budapest Palace of Arts), Austria (Vienna), the United Kingdom (Westminster Abbey, Kings College Cambridge, Belfast Ulster Hall), Ireland (Dublin), the USA (Houston, NYC) and Canada (Montréal, Winnipeg). He gave his debut at the Gewandhaus Leipzig, the Philharmonie Essen, the Berlin Philharmonie Essen and the Konzerthaus Berlin.
During the COVID-19 pandemic he performed online for the Bachfest Leipzig and in the Digital Concert Hall by the Berliner Philharmoniker. He has been active since recently as a composer and arranger for Olivier Latry and the Berliner Philharmoniker.
Sebastian is a fellow of the „Studienstiftung des Deutschen Volkes“ and the Richard Wagner Foundation. He is represented in the US and Canada by Phillip Truckenbrod Concert Artists.
www.sebastianheindl.de 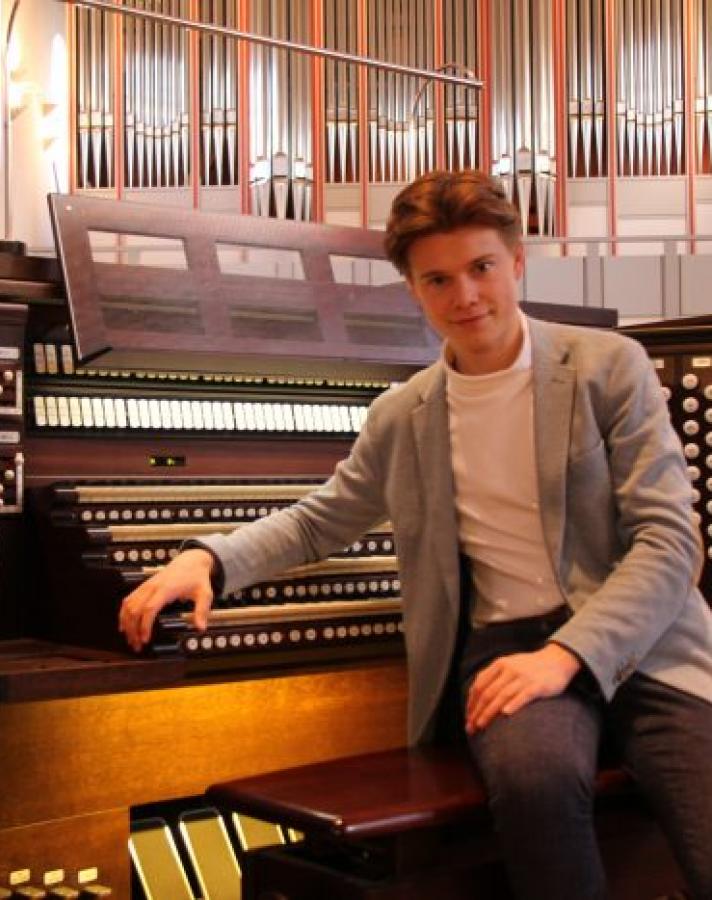