Canadian tenor Josh Lovell, whose voice has been described by the Chicago Classical Review as “a consistent cause for joy,” is an ensemble member with the Wiener Staatsoper. For the 2020-2021 season, ensemble engagements include performances as Tamino in Die Zauberflöte, Belmonte in Die Entführung aus dem Serail, Lysander in A Midsummer Night’s Dream, Noboru in Henze’s Das Verratene Meer, conducted by Simone Young, and Count Almaviva in Il barbiere di Siviglia. Guest appearances include a return to Pacific Opera Victoria as Don Ottavio in Don Giovanni.

In the 2019-2020 season, for his inaugural season with the Wiener Staatsoper, Mr. Lovell performed Lysander, Lurcanio, Don Ottavio, Don Ramiro in La Cenerentola, Ernesto in Don Pasquale, and Ruodi in Guillaume Tell. He also made his house debut at the Bolshoi Theatre as Count Almaviva, sang Mercury in Rameau’s Platée with Des Moines Metro Opera, and returned to the New Generation Festival in Florence as Don Ramiro in La Cenerentola. In concert, he sang Mozart’s Requiem with the Vancouver Symphony Orchestra and Handel’s Messiah with the Victoria Symphony.

In the 2018-2019 season, Mr. Lovell completed his tenure with The Patrick G. and Shirley W. Ryan Opera Center, performing Odoardo in Ariodante, Le Doyen de la Faculté in Cendrillon, and a Trojan in Idomeneo. He covered the roles of Arbace in Idomeneo, the Young Servant in Elektra, and Lurcanio. On the Chicago concert stage, he debuted with Music of the Baroque, performing Bach’s Coffee Cantata, conducted by Jane Glover, and sang the Messiah with The International Music Foundation and Apollo Chorus of Chicago. He also debuted as the Evangelist in Bach’s St. Matthew Passion with the Victoria Philharmonic Choir in Canada, sang select Bach cantatas as well as the Magnificat with Baroque ensemble I Musici de Montréal, and performed a program of arias with the Kansas City Chamber Orchestra.

Past operatic highlights include Mr. Lovell’s main stage debut at Lyric Opera of Chicago as the Emperor Altoum in Turandot. His time in the Ryan Opera Center also featured performances as Ferrando in Così fan tutte, Lysander in A Midsummer Night’s Dream, Rinuccio in Gianni Schicchi, and Normanno in Lucia di Lammermoor, as well as the covers of the title role in Orphée et Eurydice and both Arturo and Bruno in I Puritani. Additionally, he made role debuts as Count Almaviva at the Aspen Music Festival and as Don Ottavio at the New Generation Festival, and sang Bardolfo in Falstaff at Pacific Opera Victoria. As an artist with the Merola Opera Program at San Francisco Opera, Mr. Lovell performed scenes from The Rake’s Progress and Le comte Ory, and as a student at the University of Michigan, he portrayed Ferrando, Rinuccio, and Bao Yu in workshop performances of Bright Sheng’s 2016 opera Dream of the Red Chamber. Mr. Lovell was also a participant in the Britten-Pears Young Artist Programme in the United Kingdom.

On the concert stage, he sang opposite Susan Graham and Nathan Gunn as part of the Jazz Trio in Bernstein’s Trouble in Tahiti, during the “Celebrating 100 Years of Bernstein” concert at Lyric Opera of Chicago. Other highlights include performing the Messiah with the Toledo Symphony, Mozart’s Requiem with the Detroit Symphony Youth Orchestra, Bach’s Mass in B minor with The Handel Society, Bach’s St. John Passion with the Victoria Baroque Players, and Handel’s Jephtha with the Oakland Choral Society.

A Victoria, British Columbia native, Josh Lovell is the 2018 Grand Prize and Opera Prize winner of the 52nd Annual International Vocal Competition ‘s-Hertogenbosch in the Netherlands, the 2nd place winner of the 2018 Dallas Opera competition, the 3rd place winner of the Marcello Giordani Foundation competition, and a 2017 semi-finalist in the Metropolitan Opera National Council Auditions. He is a 2017 graduate of the University of Michigan, where he studied with Stanford Olsen. He was previously a student of Benjamin Butterfield at the University of Victoria, and currently studies with Julia Faulkner. 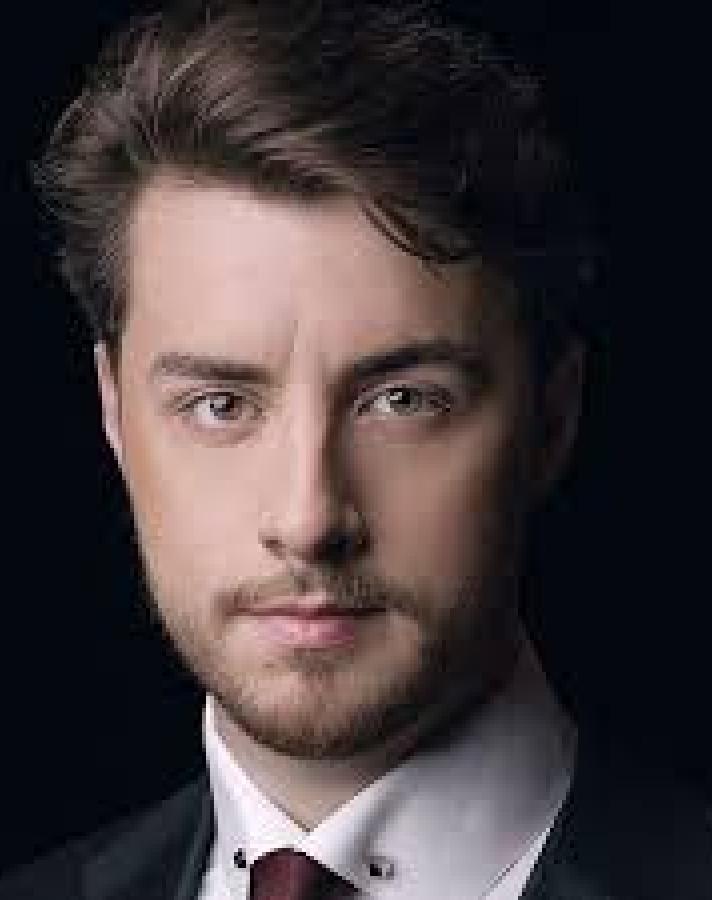