Nigel Armstrong is emerging as a dynamic and creative artist both within and beyond the realm of classical music. From his musical beginnings as a member of "The Little Fiddlers" in Sonoma, CA to collaborations with tango musicians in Argentina he's enjoyed using the violin in a versatile manner throughout his life.

As soloist Nigel has performed with orchestras such as the Dusseldorf Symphony, the Los Angeles Chamber Orchestra, the St. Petersburg Philharmonic, YOA Orchestra of the Americas, and the Boston Pops, and with conductors including Sir Neville Marriner and Carlos Miguel Prieto. He got the 4th Prize plus the Prize for the Best Performance of the Commissioned Work (STOMP, by John Corigliano) at the XIV International Tchaikovsky Competition. As a chamber musician his concerts have taken him across the US and abroad--highlights have included opportunities to share the stage with the Tokyo String Quartet and pianist Jonathan Biss.

Nigel feels fortunate to have had the chance to explore great orchestral literature throughout his career. Since 2009 he's appeared as concertmaster with the Colburn Orchestra, LA's American Youth Symphony, the Curtis Symphony Orchestra, YOA Orchestra of the Americas, and the New York String Orchestra in their annual Carnegie hall performances. Beginning in the 2016/17 season he serves as concertmaster of the Santa Cruz Symphony.

2011, 4th Prize and the Prize for the Best Performance of the Commissioned Work (STOMP, by John Corigliano), International Tchaikovsky Competition, Moscow, Russia 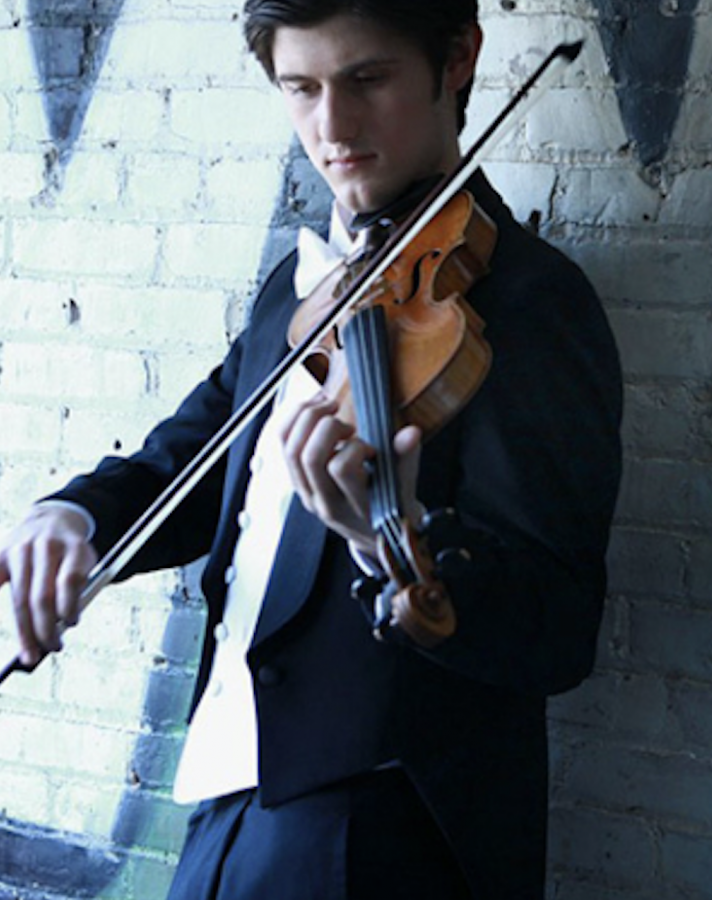