Indianapolis: The Spirit of Josef Gingold lives on

"The Indianapolis" is one of the few major international violin competitions that takes place in North America, and its reputation for excellence consistently draws the best-of-the-best violinists from all over the globe. This year featured 39 participants between the ages of 19-29, representing 13 countries across five continents. The Indianapolis takes place every three years and has had among its winners major talents like Augustin Hadelich, Simone Lamsma, Yura Lee. And before that: Leonidas Kavakos, Ida Kavafian, Frank Huang, Jaakko Kuusisto, Stefan Milenkovich, David Kim, Martin Beaver, Mihaela Martin… the list goes on, and not only with its First Prize laureates.

Founded in 1982 by Josef Gingold, the beloved and much respected Professor at Indiana University in Bloomington- one hour south of Indianapolis- his spirit is still very much in presence at the competition. His student, friend and colleague, the great Jaime Laredo, serves as head of the jury; the winner of the First Prize gets to play the 1683 “Gingold” Stradivari for four years.

Prizes at The Indianapolis are also on very high level with a total value of more than $350,000. The Gold Medalist will receive a cash prize of $75,000, a Carnegie Hall recital debut, a CD recording contract, and website development and maintenance for four years following the Competition. The Gold, Silver and Bronze Medalists will receive career management and international concert engagements for four years. All six Laureates will receive cash prizes and the opportunity to use one of several concert instruments in the IVCI collection. 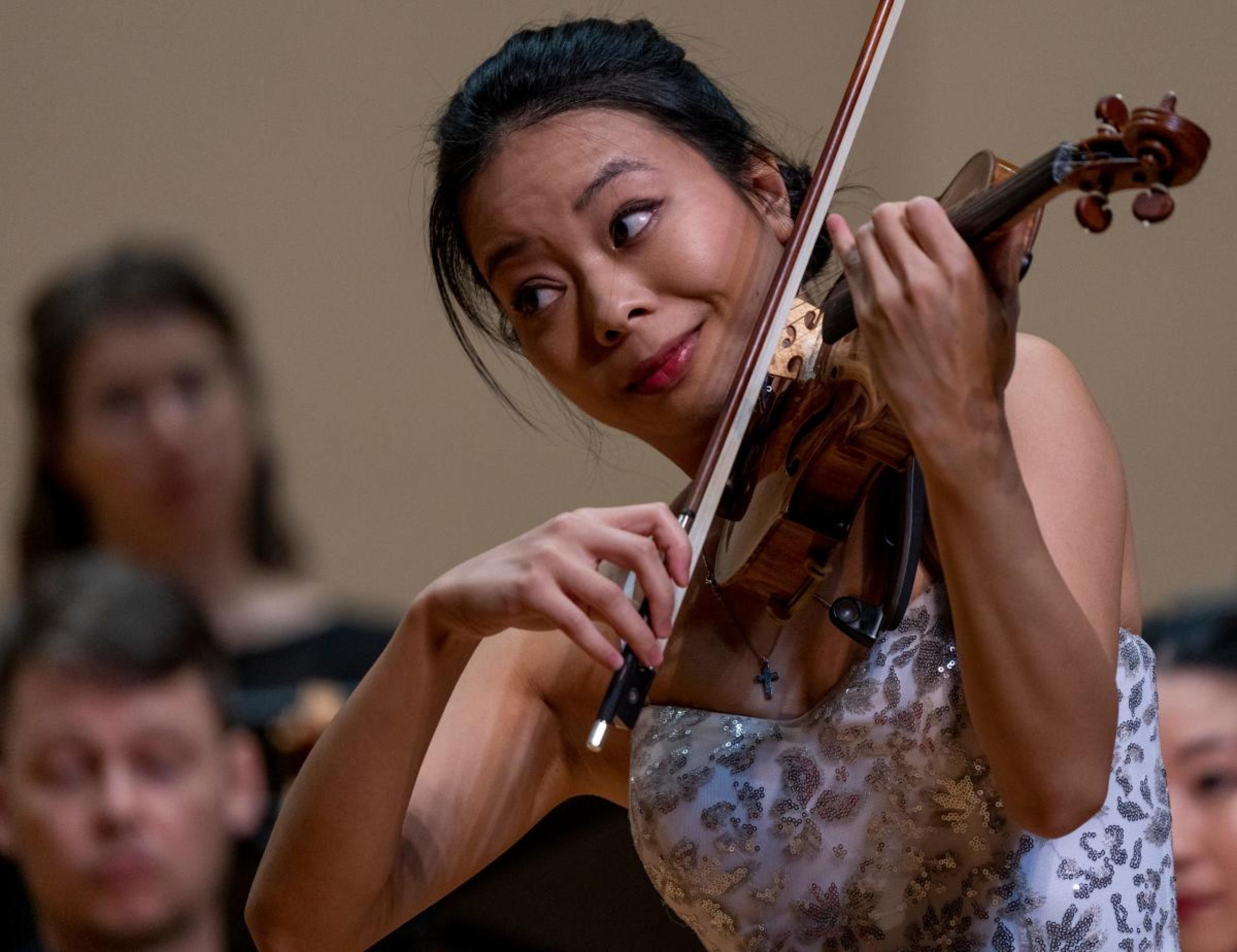 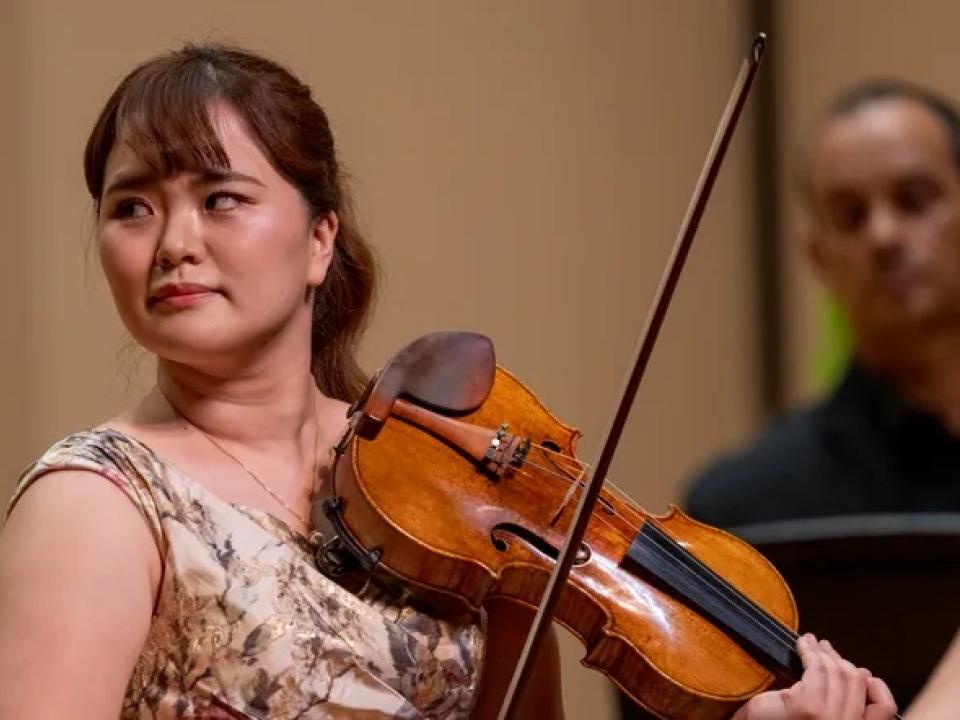 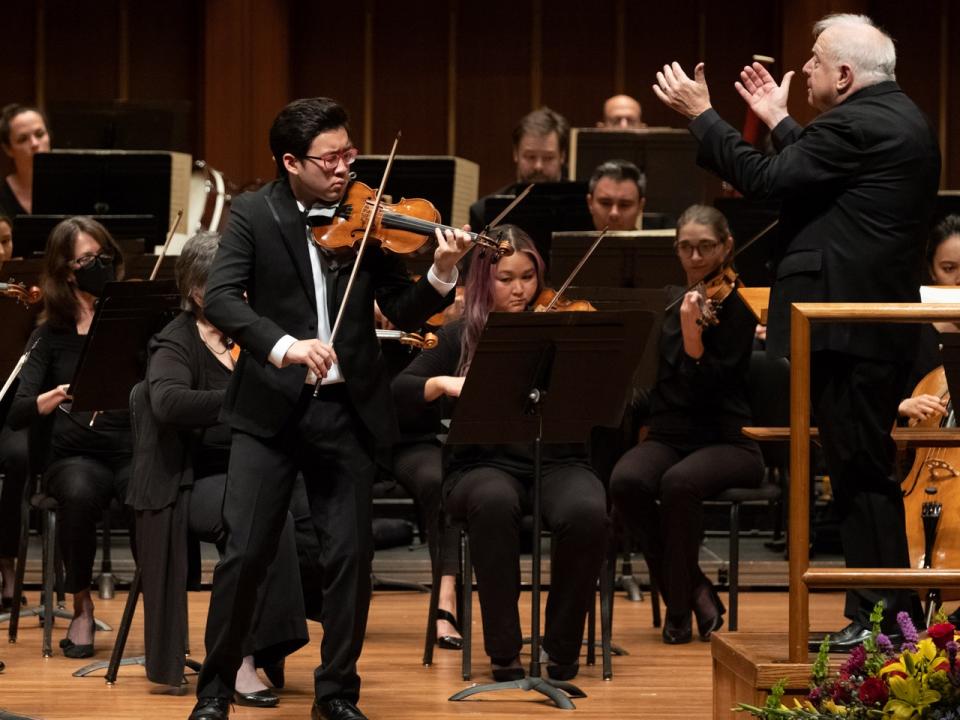 Julian Rhee with the Indianapolis Symphony, conducted by Leonard Slatkin

After an exhilarating two weeks of performances, 28-year-old Sirena Huang from the United States was awarded the Gold Medal.
A graduate of The Juilliard School and Yale University, where she studied with Stephen Clapp, Sylvia Rosenberg, Itzhak Perlman and Hyo Kang, Sirena is a former major prize winner at the Singapore and Shanghai Isaac Stern International Violin Competitions.

Second and Third prizes were awarded to 22-year-old Julian Rhee from the United States and 24-year-old Minami Yoshida from Japan.