Exceeding Expectations at the Nielsen Competition

The juries of the 2022 Carl Nielsen International Competition led by Noah Bendix-Balgley (violin), Yehuda Gilad (clarinet) and Karl-Heinz Schütz (flute) have announced the winners of this year’s competition at a prize ceremony in the Danish composer’s hometown of Odense.
Announcing the winners Competition President, Nikolaj-Szeps Znaider, commented:
“This competition has exceeded all our expectations in many ways. First and fore-most for the fact that we have four outstanding First Prize winners of exceptional musicality and individuality. Also for the overall high level of music making which we have heard from the many participants over the last ten days. Equally important has been the extraordinary sense of “togetherness” which we have seen and felt amongst the competitors – young musicians who have shown genuine warmth and support for each other both on and off-stage. The Carl Nielsen values of Excellence, Curiosity, Individuality and Community are the essence of what we strive to achieve in this competition and it is clear that Odense creates that special environment for young musicians to flourish. We wish every participant the very best for the future.” 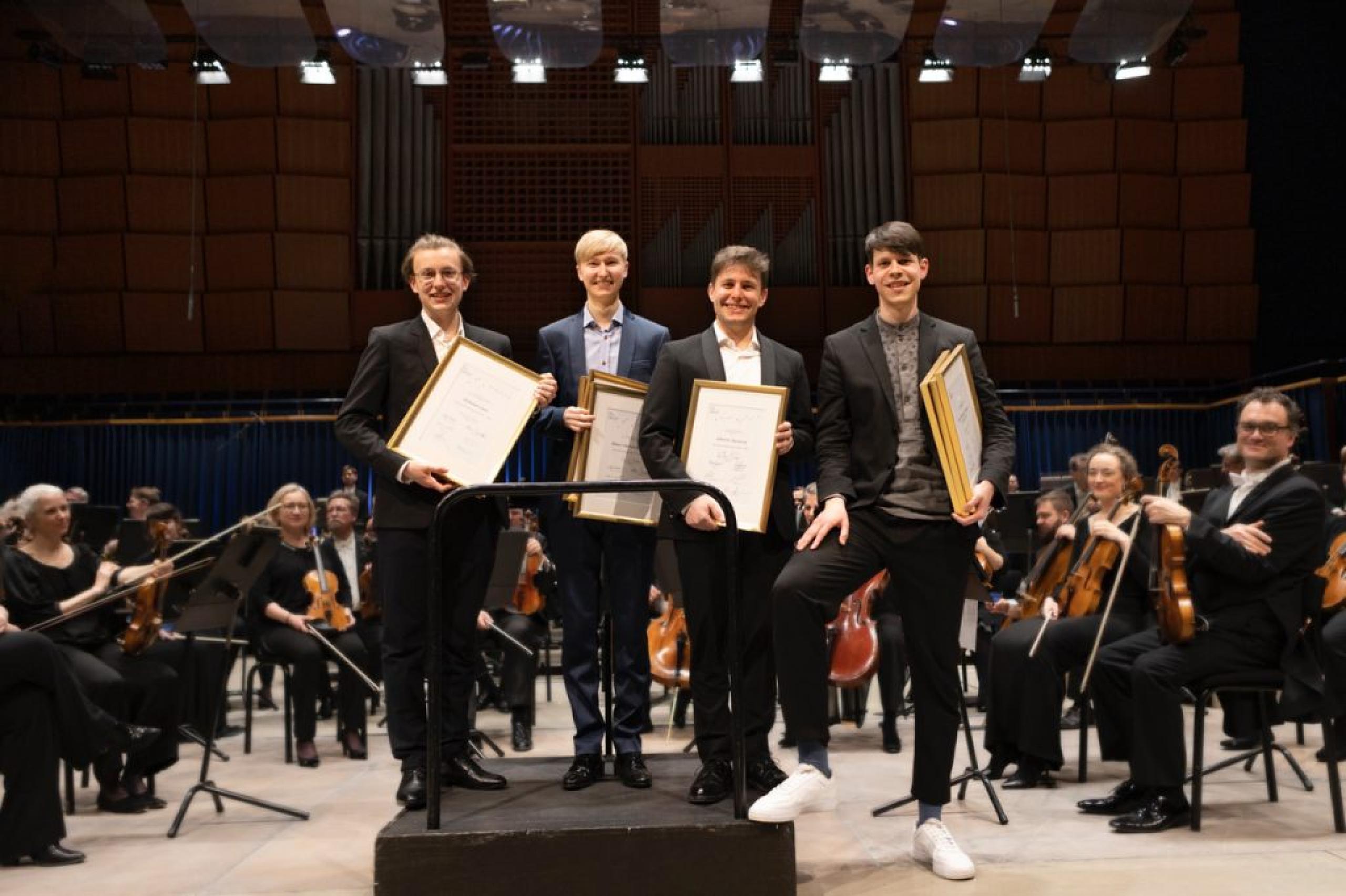 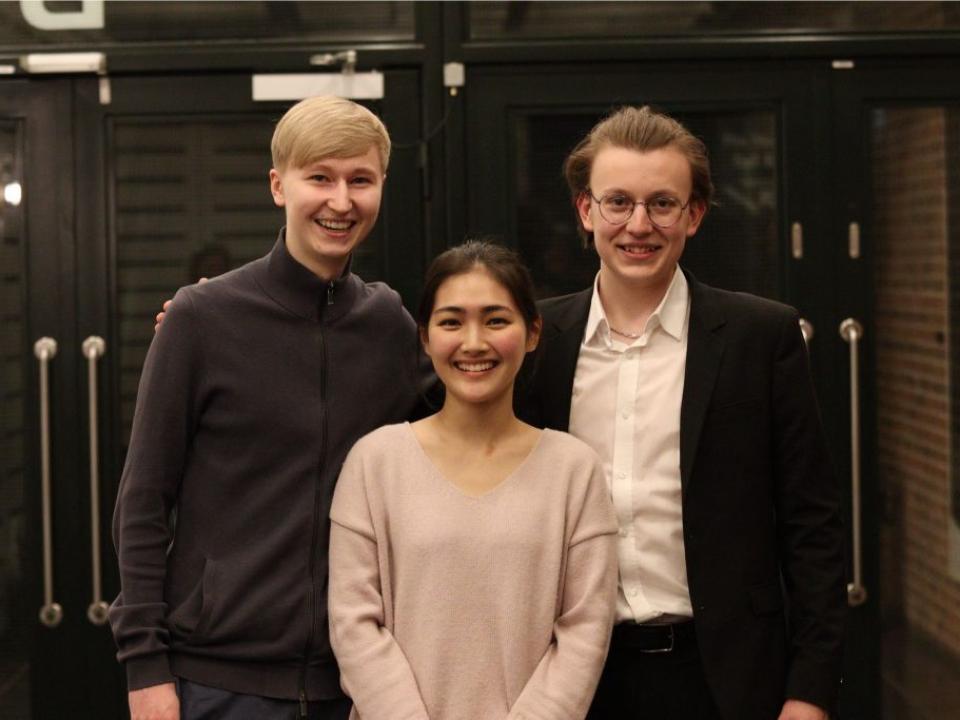 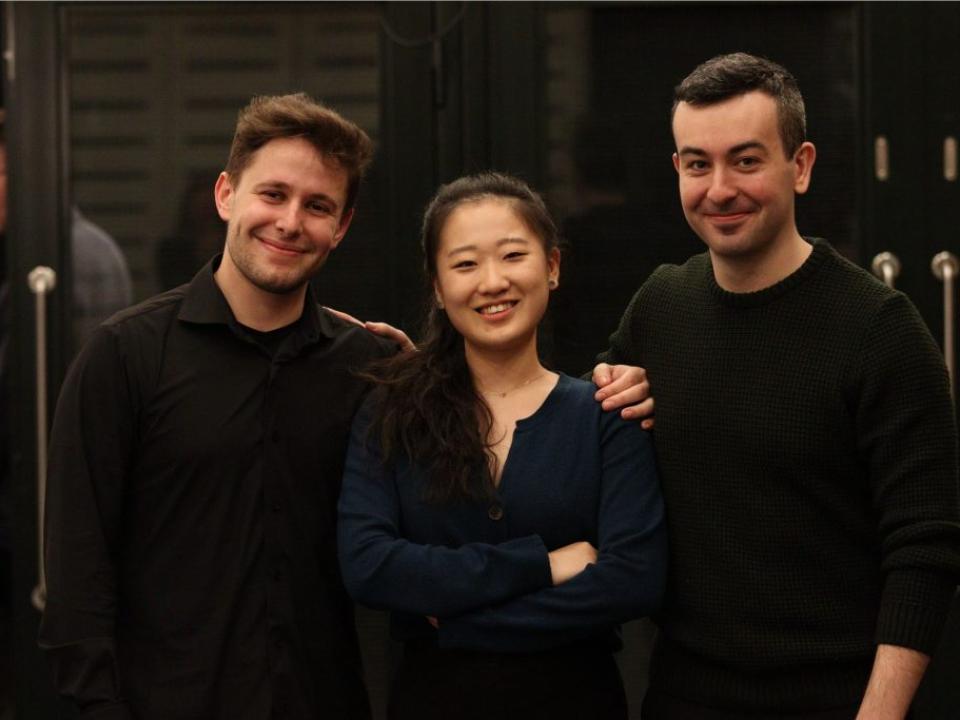 Hans Christian Aavik studied at the Tallinn Music High School, the Frankfurt University of Music and Performing Arts under Erik Schumann and at the Musik und Kunst Privatuniversität der Stadt Wien where he studies with Julian Rachlin. He has appeared as a soloist with the Stuttgart Chamber Orchestra and the Estonian National Symphony Orchestra and the Jyväskylä Sinfonia and released his debut CD in 2021 on Pilw Records.

Bohdan Luts studied at the Krushelnytska Music School in Lviv, the Lysenko Music School in Kiev and the International Menuhin Music Academy. His teachers have included Oleg Kaskiv, Renaud Capuçon, Olga Korinets, Yaroslava Kataryna and Maria Futorska. He has played with the Lviv National Symphony Orchestra and the INSO Orchestra and has participated in the Gstaad Menuhin Festival and the Bellerive Music Festival as well as giving recitals in Ukraine, Switzerland and Italy.

Oleg Shebeta-Dragan studied at the National Music Academy of Ukraine with Roman Vovk, the Musikhochschule Lübeck with Reiner Wehle and now studies at the same institution with Jens Thoben. He has occupied the principal clarinet chair of the National Presidential Symphony Orchestra of Ukraine and of the I Culture Orchestra in Poland.

Alberto Navarra studied at the Ghedini Conservatory in Cuneo under Maurizio Valentini, the Accademia Nazionale di Santa Cecilia in Rome with Andreo Manco and the Accademia Internazionale di Imola. At the Queen Sofia Academy in Madrid he was a scholarship student under Jacques Zoon and was decorated as the school’s most outstanding student. Alberto has made concerto appearances with Ensemble Albéniz and performed as a member of the Orchestra Haydn Bolzano, Orchestra Freixenet and Orchestra B Bruni della Città di Cuneo.