The International Robert Schumann Competition is one of the most renowned music competitions in the world and takes place in two categories: piano and singing. Pianists, female and  male singers respectively are ranked separately and a first, second and third prize are awarded. Since 1989 the best song accompanist receives an additional prize. Since 1996 the competition takes place every four years.
The competition programme — for which the Robert Schumann Society of Zwickau is responsible in its role as a co-organizer — has constantly changed over the years and decades. But Schumann’s great piano works and song cycles still form its immovable cornerstones.

International Robert Schumann Contest for Pianists and Singers originated in 1956 on the hundredth anniversary of Schumann's death. A large, in those days still pan-German musical festival was held in the city of the composer's birth, in Zwickau, to commemorate this event, and the reconstructed house of Schumann's birth was officially opened as the home of the Schumann Museum and Archive. Simultaneously, in Berlin, young pianists and singers vied for the title of best interpreter of Schumann. The prize winners appeared later in Zwickau in the Schumann festival.

The constellation was similar in 1960, in the year of the 150th anniversary of Robert Schumann's birth, when the second Schumann Contest in the categories of Voice and String Quartet was held in Berlin, followed by a further Schumann festival in Zwickau. It was only on the occasion of the third contest that this musical event »moved« to Zwickau once and for all.

Having in the meantime become a member of the World Federation of Musical Competitions with its headquarters in Geneva, and boasting a widely respected name, it was in 1963 that the Schumann Contest was able to put down roots in the great composer's Saxon home.

Ever since this time, the categories for Piano and Voice have been constant fixtures. The venues have varied within the Robert Schumann City of Zwickau. At various times, they have included the Chamber Music Hall of the Schumann House, the Varieté Lindenhof, the idyllically situated, now demolished, Swan Castle (Schwanenschloss) and the Cathedral Parish Hall (Domgemeindehaus).

Today the venues are the Cloth Hall (Gewandhaus), the main venue of the Plauen-Zwickau theatre, and the Jugendstil Hall of the Concert and Ballroom House »Neue Welt«.

The Robert Schumann Society of Zwickau (which has existed since 1920 and was reconstituted in 1957), in its role as a co-organiser of this musical event, is jointly responsible for the contest's programme. The programme's content has constantly changed over the years, indeed decades, yet it is naturally Schumann's great piano and song cycles which form the immovable cornerstones. In the meantime, the competition is held every four years. 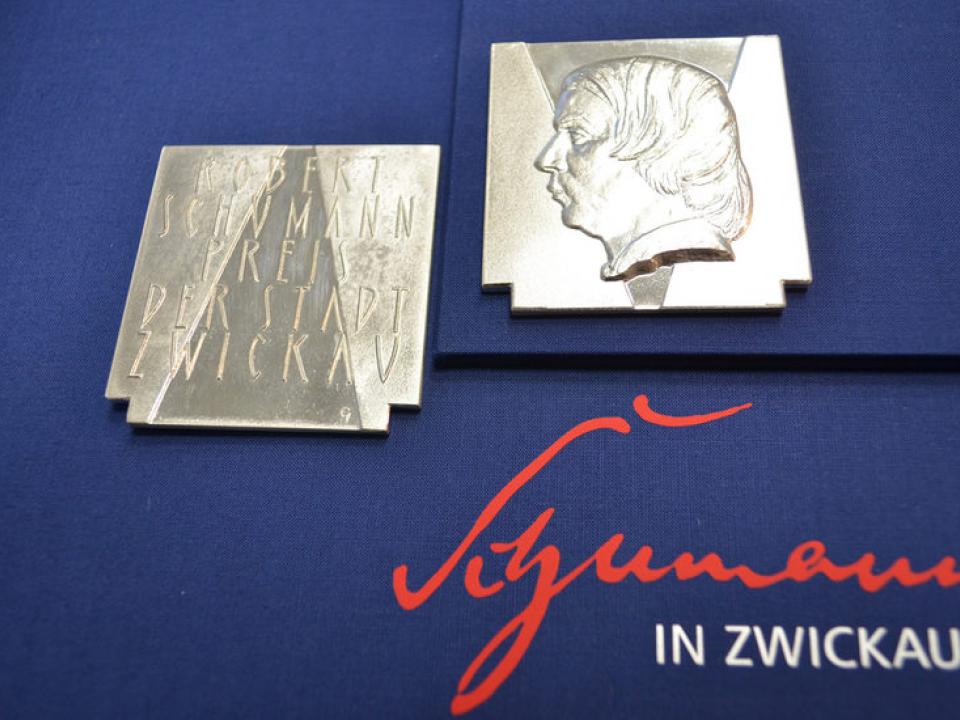 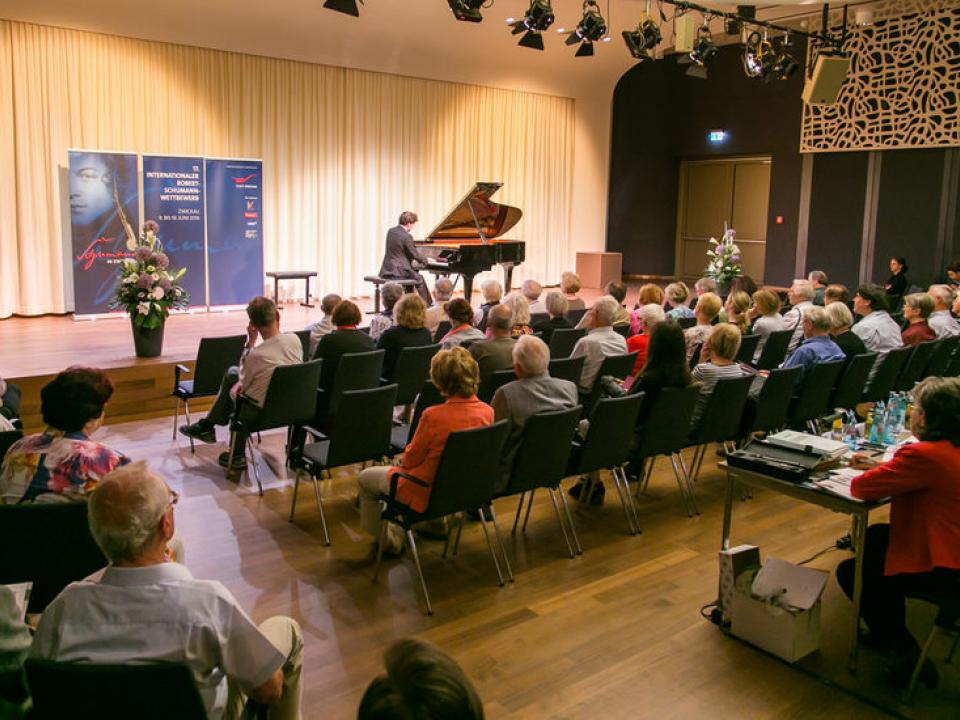 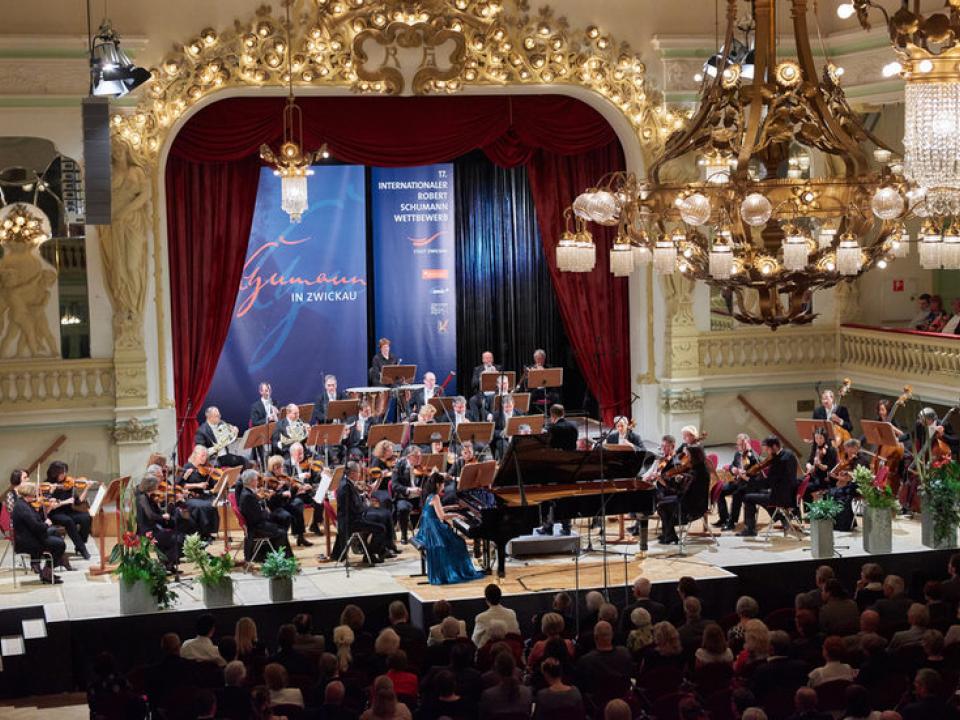 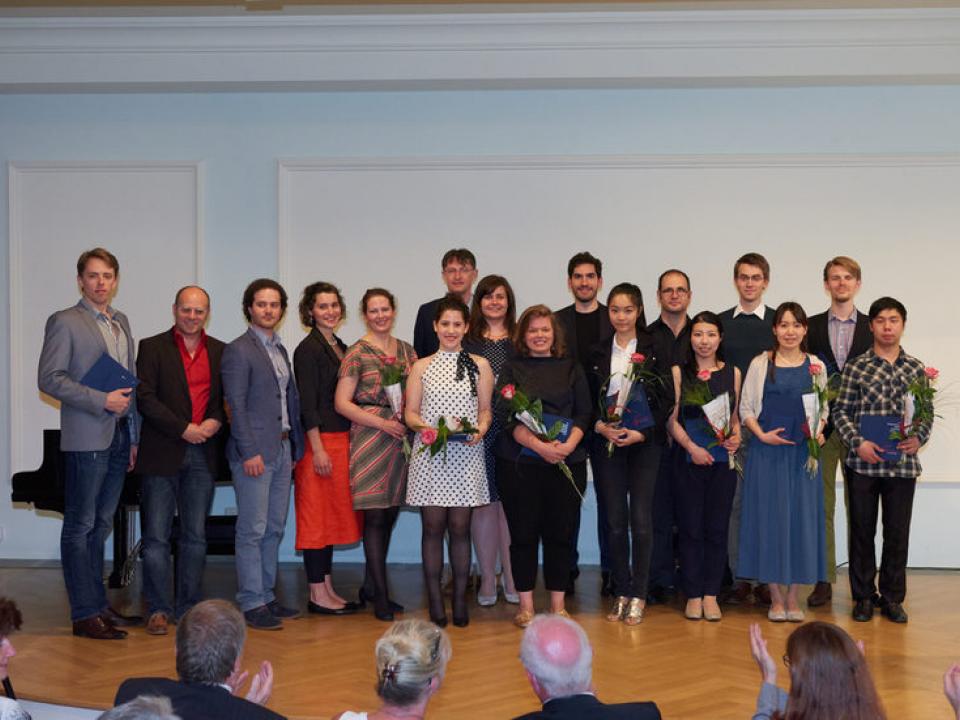