"The Indianapolis might well be the world’s leading violin competition in terms of cumulative prizes and career development for its winners." – The Strad

For seventeen days every four years, musicians and music lovers from across the globe focus their attention on Indianapolis and its internationally renowned violin competition regarded as the Western Hemisphere’s “Olympics of the Violin.”

The International Violin Competition of Indianapolis (IVCI) is a unique showcase for the world’s most gifted young violinists and a demonstration of Hoosier hospitality and American volunteerism. Indianapolis hosts approximately forty of the world’s brightest talents who come to participate in what the Chicago Tribune called “the ultimate violin contest” due to its remarkable performances, extraordinary prizes and festival atmosphere.

The International Violin Competition of Indianapolis debuted in 1982 under the guidance of Thomas J. Beczkiewicz, Founding Director, and the late Josef Gingold, who had served on the juries of every major violin competition in the world. The IVCI became known by the musical and media communities as one of the world’s most compelling competitions and was recognized by the World Federation of International Music Competitions.

In 1994, artistic leadership of the Competition passed from Gingold to his most famous pupil, Jaime Laredo. It has continued to attract the most distinguished jurors and the most talented applicants in the world, and includes one of the world’s most comprehensive prize packages. The Indianapolis prides itself on four decades of discovery and its extensive post competition career mentorship, especially for the Gold Medalist. It believes that the most meaningful support for Laureates requires both significant musical and non-musical assistance. New for the 11th Quadrennial, The Indianapolis has considerably added to the prizes, including increased cash awards led by a $75,000 Gold Medal Prize. One of the most extraordinary prizes for the aspiring Laureates is the four-year loan of a concert instrument from The Indianapolis’ collection, which includes the 1683 ex-Gingold Stradivari violin, as well as several contemporary instruments by the world’s foremost makers. All insurance and maintenance expenses on the instruments are included as part of the prize. In addition, the Medalists will receive concert management and career mentorship for four years. The Gold Medalist will further receive a Carnegie Hall recital debut in Stern Auditorium, a new or updated website with four years of free maintenance and hosting, and a recording project.

The Indianapolis has designed a festival atmosphere to heighten the non-competitive aspects of the contest, focusing on opportunities available to all participants: the chance to perform before large audiences; to measure one’s musical progress against the standards of a distinguished jury and the artistry of other talented players; and to enjoy career seminars during the competition.

Since 1982, Indianapolis has hosted ten Competitions and named sixty Laureates representing twenty-three countries to its distinguished roster of prize winners. They have emerged as outstanding solo and chamber music artists in concert halls around the globe, and as Concertmasters of some of the world’s leading ensembles including the Royal Concertgebouw Orchestra, Orchestre de la Suisse Romande, Metropolitan Opera Orchestra, New York Philharmonic, the Philadelphia and Minnesota orchestras and the St. Louis and Sydney symphonies. 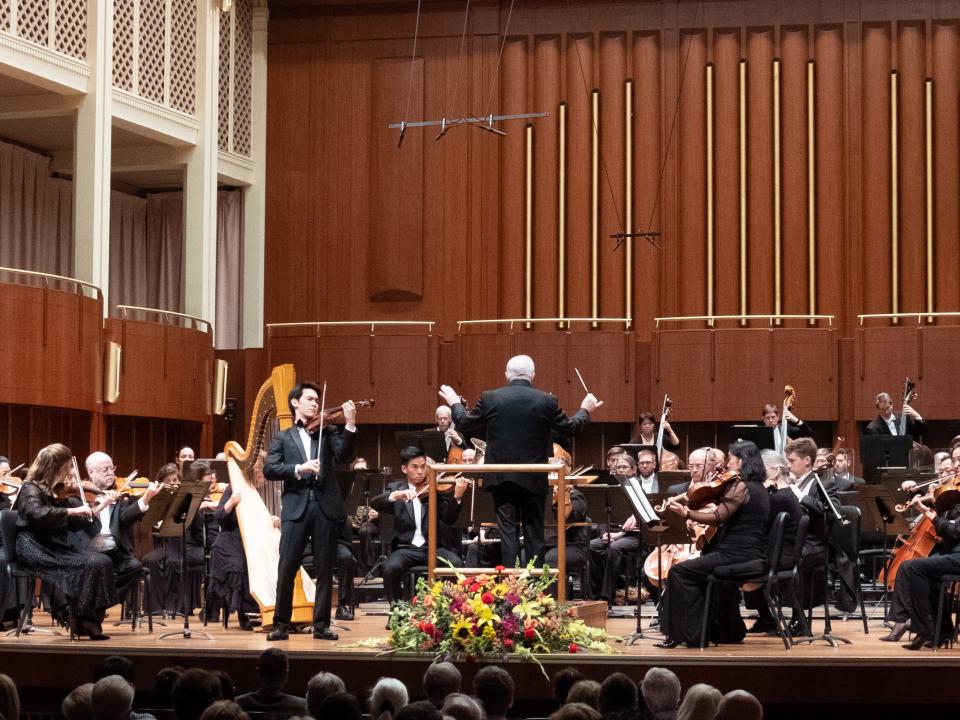